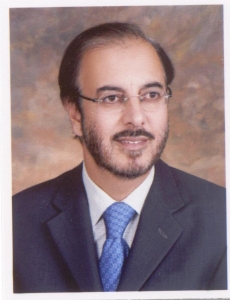 It is generally recognized that any progressive country, which aspires to occupy a beﬁtting place in the comity of nations, encourages the establishment of a supreme scientiﬁc organization, usually designated as the “Academy of Sciences” devoted to the promotion of science and its applications for the general welfare of humanity. While these organizations may not carry out actual researches, they do provide a forum for the advancement of scientiﬁc research, popularization of science, motivation of scientists and technologists, as well as encourage and promote studies in new areas of SandT.


As utmost importance is attached to the membership of such an academy, only scientists of the highest merit, who have made outstanding contributions to the advancement of scientiﬁc knowledge, are elected its Fellows. The Academy is regarded by the public and the government as a repository of the highest scientiﬁc talent available in the country, and is generally supported and consulted in all matters relating to scientiﬁc education, research and development.


The Pakistan Academy of Sciences was inaugurated by the then Prime Minister of Pakistan, Khwaja Nazimuddin, on 16th February 1953.


The Academy is a non-governmental and non-political supreme scientiﬁc body of distinguished scientists in the country. The Government of Pakistan has given the consultative and advisory status to the Academy “on all problems relating to the development of scientiﬁc eﬀorts in the country”, and “generally on such matters of national and international importance in the ﬁeld of science as may be referred to the Academy”. The aﬀairs of the Academy are regulated by its Charter and Bye-Laws approved by the Fellows.

The Role of Nanotechnology in the Improvement of Crop Production

Nutrient deﬁciency in food crops is seriously affecting human health, especially those in  the rural areas. By Rafia Naveed Nanotechnology may

Large Dying Stars are The Reason Behind Gamma-ray bursts