An autonomous delivery robot burst into flames the incident took place at the University of California, Berkeley where the delivery robot, named KiwiBot, caught fire as its battery malfunctioned while delivering an order to a customer.

The fire was quickly extinguished with no one getting hurt, however, the tiny flaming robot’s pictures were shared on social media site Twitter. 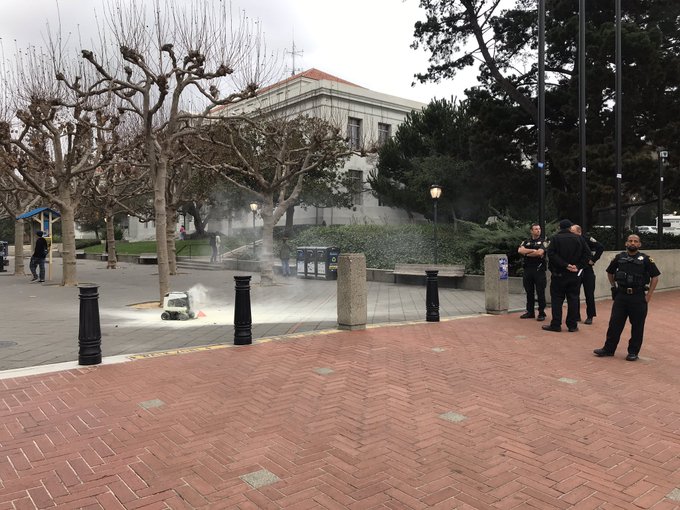 As soon as Kiwi, the robotics company that manufactured the bot, got to know about the incident, it pulled off all of its bots from the field, and delivered any of the food orders by hand to make sure its customers aren’t disrupted by the failure.

Soon after, Kiwi blamed ‘human error’ to be the cause of KiwiBot’s malfunction. It said in a statement that apparently, a person has replaced a functioning battery with a defective one that led to ‘exceedingly rare occurrence of the battery experience thermal runaway’.

Moreover, for prevention of such future incidents, the firm has installed battery-monitoring software in each of its KiwiBots, which have been delivering food since the last two years at the university.

Robot malfunctions have been previously heard of too. Recently, a robot malfunctioned in an Amazon warehouse where it accidentally punctured a can of bear repellent, sending many workers to hospital.

In a Flash: Weird Star Produces the Fastest Nova on Record

Agricultural problems in Pakistan and their solution

There are multiple solution to agricultural problems in Pakistan, but mostly run around use of modern technology and get benefit

Do cell phones cause cancer?

Myths about COVID vaccines, why do people don’t vaccinate