For the majority of the public, it would be interesting and surprising to discover that glaciers are male and female. However, even more, astonishing and unbelievable is the fact that glaciers can be created. When it comes to glaciers, no one in the world knows more about glaciers than the people of Gilgit-Baltistan, Pakistan 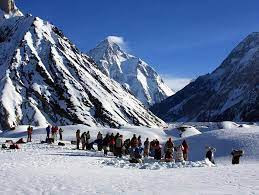 Another interesting fact is that there is no consensus on the sex of glaciers and people from different valleys make conflicting claims about the sex of glaciers in their area and glaciers in other areas. The people of Gilgit-Baltistan are convinced that if the glacier is a female substance then the productivity of the crop irrigated by its water will be less. They will be relatively weak. On the contrary, if the water from male glaciers then agriculture will be better, active, and full of energy. The downside of male glaciers is that women in the region tend to be more masculine and less attractive in terms of feminine beauty and delicacy. If the population of a village depends on the female glacier, then the women of that village will be more beautiful and the men will be relatively weak.

Although the art of raising glaciers is centuries old, it is no longer practiced. Artificial glaciers are raised under the supervision of elders according to local traditions. The first suitable place to create or raise glaciers is selected, from where water can easily reach the fields where water is required for irrigation. 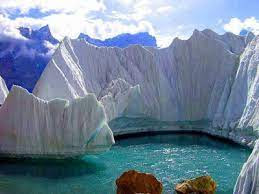 In winter, weeds and thatch are removed from this newborn glacier to allow more snow to fall on it. Within five years, the artificially created glacier reaches its peak and turns into a natural glacier, meeting the water needs of a wide area of ​​the valley. 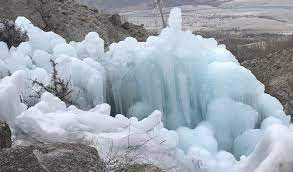 This art of glacier making is present in the people of Gilgit-Baltistan all over the world but it is a pity that it is not taken into consideration and due to some superstitions this process has come to a halt. Participates in the formation process, its species is cut off, this is the biggest delusion due to which the process of glacier formation is becoming extinct.

Global warming is currently threatening the lives of glaciers, the rate of melting of glaciers is increasing and if this trend continues, the water crisis will increase alarmingly in the near future. This suggestion is not out of place. Gilgit-Baltistan’s glaciers craftsmen will be helped to overcome the water crisis by creating artificial glaciers, and the government will set up a glacier-making institute to patronize these craftsmen and promote this glacier-making industry. Indeed these are the great blessings of nature.

Tuberculosis is a bacterial infection caused by Mycobacterium tuberculosis. These bacteria usually attack on lungs, but TB bacteria can also

Agricultural problems in Pakistan and their solution

Do cell phones cause cancer?

PSF, an autonomous organization under the Ministry of Science and Technology, has announced a scholarship under the Science Talent Farming